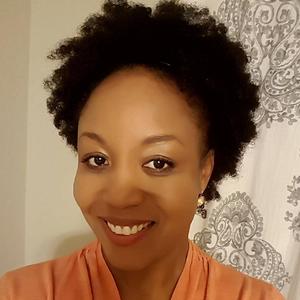 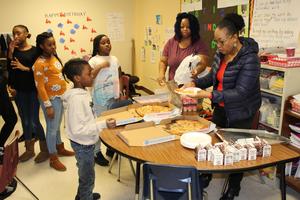 Fourth grade teacher, Ms. McPherson's first year at NBFA has been anything but ordinary

McPherson, hired just  before the school year began, was eager to jump at this opportunity, citing NBFA’s progressive, emotionally-focused approach to learning.

“I felt coming here was going to be different, it wasn’t like what I was used to,” McPherson said. “Most charter schools are very, very rigid. This is one of the main reasons why I came to New Beginnings, because they have struck that balance between a child’s academic and social-emotional needs.”

It took McPherson time to find her footing.

“The beginning of the year is always exhilarating, you sit down and can’t stop thinking about what stations you’ll have, your cozy corner and everything you intend to do with the kids,” McPherson said. “You really look forward to relishing that whole experience. I had two days, so I was playing catchup.”

However, thanks to the staff around her, especially first-year principal Collette Fearon, McPherson never felt overwhelmed by the transition.

“My team was great,” McPherson said. “Fearon is one of those people who nurtures teachers so you never feel like you’re drowning. It was a lot to jump in to, but I never felt like I was on a ship on my own.”

Besides the support of the staff, much like her students, McPherson felt comfort in NBFA’s emotionally responsive practice of utilizing teddy bears.

New Beginnings gives each of its students their own teddy bear when they arrive at NBFA to help build relationships, teach responsibility and have a safe space for expressing the stresses they may experience in life.

“I was just floored by how simple the concept is, but how effective it could be,” McPherson said. “I saw a lot of promise and I was really happy when we utilized those teddy bears. You saw the impact it had, the kids had truly bonded with their bears.”

When McPherson and her class hit their stride, the ultimate wrench was thrown into the school year via the Covid-19 pandemic. An otherwise ordinary school year became anything but, and every teacher was forced to adapt to distance learning in a matter of days.

At the start, McPherson tried to continue on with her planned curriculum for her class, but that strategy became more difficult than initially expected.

McPherson said. “Let’s go, let’s keep going. After the first two weeks, I continued pushing forward because I had been in touch with almost all of my kids.”

But many students struggled for a variety of reasons and were not able to focus on or complete classwork during this pandemic.

But McPherson prides herself on her ability to adapt, and that’s exactly what she and many other NBFA teachers did during distance learning. She put herself in the shoes of what her students must have been going through and provided flexibility with the work.

“The fact that they got to make a choice in itself, emotionally that put them at ease and that’s when I really felt like we turned a corner,” McPherson said.

While trying, that experience has only helped McPherson grow as an educator. She admitted to being emotional when it was time to pack up her room at the end of the year, but she also knows when school returns in the Fall, she, and her students, will be equipped to handle any challenges that lie ahead.

“The fact that we have two months to make a structured approach to how were going to do things, will make a huge difference,” she said. “Many things were not in place before this happened, like our kids lacking computers or the internet at home, but they now have the necessary access and tools.”

“Programs we’re using are in place, so the kids can continue to use them throughout the summer, making an easier transition into whatever the new school year brings our way.”